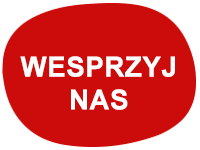 The “We are Opening the Door to Culture” debate

/ We are Opening the Door to Culture 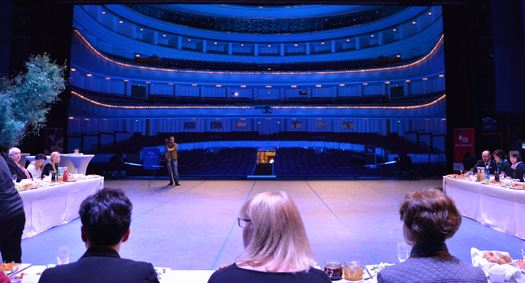 The “We are Opening the Door to Culture” debate

On Friday, February 5 the guests of the Legal Culture Foundation talked about the ethical, economic, and legal aspects of fighting piracy and supporting legal sources of culture, on the scene of Teatr Wielki Opera Narodowa.

The meeting in Teatr Wielki Opera Narodowa was an occasion for sharing the experiences of the Legal Culture Foundation, collected during the realization of the pilot program Open Door to Culture, and for talking about important problems of culture in the digital reality, as well as about the challenges faced by culture in the 21st century.

Prof. Wojciech Cellary opened the debate and pointed to new business models which shape recipients’ behavior in contemporary world. Those models have a significant impact on the education of consumers of cultural goods nowadays. According to Prof. Cellary, work in that field must begin at the roots of the problems, taking into account the ethical and moral aspects of the illegal use of resources on the Internet. Prof. Elżbieta Traple from Jagiellonian University in Kraków talked about the current problems and about the legal regulations aimed at eliminating piracy. The law does not keep up with technology and lawmakers have much to do.

A large part of the meeting was devoted to a discussion of the education of recipients concerning legal sources of culture. Guests did not agree as to who should bear the burden of that task. As evidenced by the Open Door to Culture project, the issues in question should be discussed already at the level of early education, with the youngest recipients. The results of a study conducted by the Legal Culture Foundation show that young people have very little knowledge about legal sources of culture while 19 to 26% of the youth aged from 11 to 19 declare using sources of culture.

Ewa Usowicz, deputy editor in chief of the “Rzeczpospolita” national daily newspaper indicated how much work has been done as regards fighting illegal copying of press materials on the Internet. Journalists succeeded in effecting a change in the copyright and related rights law, which change limited the practice of press-clipping companies which abused the right to quote by unauthorized distribution of press articles.

Jacek Wasilewski, a culture expert from University of Warsaw, called for access to culture for “average citizens” who gain the right to it by paying taxes. Andrzej Saramonowicz, a writer, playwright, and film director, retorted by emphasizing that each download of a file with a video or music is a theft and that the so-called fair use leaves too great a room for abuse.

The two views, however, are not as contradictory as it might appear, if we presume that it is not artists who have such a duty of offering their talent to the society but the state which should create such legal conditions as would protect artists’ property, on the one hand, and provide legal sources of culture to as many citizens as possible, on the other hand. Paradoxically, that task can be aided by the very business which derives profits from stealing intellectual property. The money which goes to that business nowadays could be redirected so as to contribute to the development of the local VoD market and, consequently, lower the price of access to culture. One effort in that direction has been the initiative of the Sygnał Association. The association managed to convince Polish media agencies not to put advertisements on websites which violate copyright. Thus, the profits derived from piracy were reduced. According to Teresa Wierzbowska, the President of the Sygnał Association, there are still many stereotypes about piracy and that is why educational and informative activities in that area are extremely important.

Those problems can be remedied by complex education about copyright and ethics on the Internet. Also required is a change of the perception of legal sources of culture which have been, so far, frequently presented as an alternative to piracy instead of as a natural platform of culture, endangered by illegal actions. In order to undertake effective countermeasures, entities from various branches should become engaged in those efforts, including entities from the media which ought to present a critical attitude toward piracy and consider legality to be an element of their public mission.